“I came to the psychology of human misjudgement almost against my will; I rejected it until I realised that my attitude was costing me a lot of money, and reduced my ability to help everything I loved” – Charles Munger

A startling admission by one of the most admired investors of all time. Charlie Munger is the irreverent partner of Warren Buffett at Berkshire Hathaway. In this book, ‘Seeking Wisdom from Darwin to Munger, Peter Bevelin explores Munger’s learnings about those factors that influence our decision making and the tools we may use to improve our thinking. In this review, I will refer to Munger and not Bevelin as the content from this review is drawn from speeches and teachings of Charlie Munger.

It is worth noting that Bevelin’s manuscript was read and authorised by Charlie Munger. In this book, Munger formalises the twenty-eight biases leading to human misjudgement. This book builds upon a speech he gave in 1994 at The Harvard Faculty Club (later revised in 2005 in “Poor Charlie’s Almanac”).

Munger advises us to understand the quirks in our mental wiring in the hope that we can take appropriate precautions. He believes that many of our biases can be explained by our psychological make-up. Unfortunately, the more tired, stressed or emotionally drained we become, the higher the probability that we will make mistakes. Fortunately, as Munger points out, geniuses are not excluded. In this review, I have selected the five biases that resonated with me, however I recommend reading the book in its entirety. 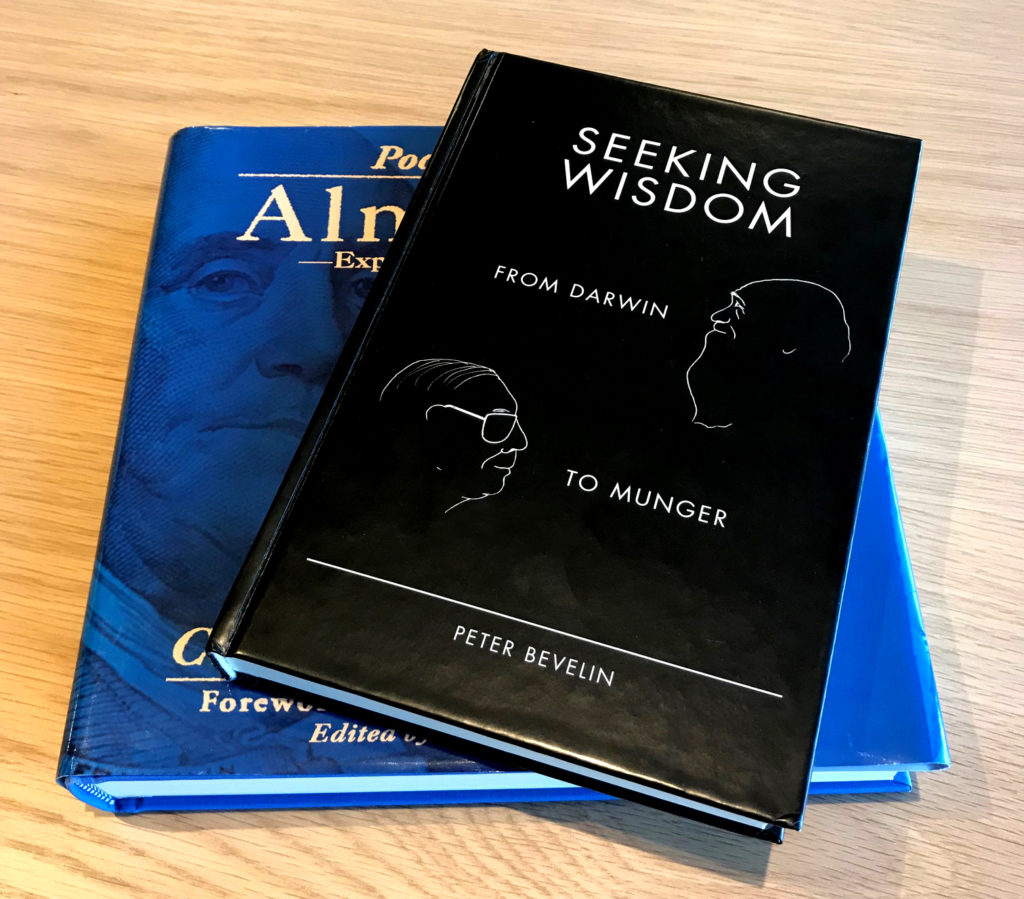 “The iron rule of nature is: you get what you reward for. If you want ants to come, put sugar on the floor” – Charles Munger

At the core of the Fedex business model was their assurance of on-time delivery. This system required all packages to be reliably distributed onto aircrafts at a central facility each night. This function was critical to Fedex and the integrity of their delivery service. Fedex Management tried, unsuccessfully, to motivate their night crew to fulfil their obligations in a timely and efficient manner, with little success. At the time, Fedex staff were paid by the hour. The longer they took to complete the task, the more money they made. An incentive that clearly promoted hours worked.

After trialling several different incentive programs, Fedex management happened upon one that worked. The answer, rather than paying the employees based on hours worked, they paid them a fixed amount per shift, allowing them to go home as soon as their shift had finished. Almost overnight, the problem disappeared, as Fedex employees increased productivity. This is a good example of making sure the correct behaviour is rewarded. Munger encourages us to consider incentives when investing. For example, ensuring that company management be incentivised in the most appropriate manner as this will ultimately drive their behaviour.

“The more I didn’t understand, the more I believed the expert”. – Anon

Authority Bias is the tendency to attribute greater weight and accuracy to the opinion of an expert. Unfortunately, the less we understand, the quicker we are to defer to an expert. A bias to which we must be vigilant. Munger encourages us to evaluate the truth of a statement based on its underlying facts, without regard to the authority’s personal qualities or status. He advises us to identify and separate the real from the false experts. Again, it seems to be prevalent in the financial services industry. To quote Warren Buffett: “Techniques shrouded in mystery clearly have value to the purveyor of investment advice”.

“Man suffers much because he seeks too much, is foolishly ambitious, and grotesquely overestimates his capacity” – Isaiah Berlin (Russian Philosopher)

Munger reminds us of our inadequacies with respect to forecasts. Unfortunately, we tend to overestimate our ability to predict future events. This is influenced by overconfidence. Overconfidence is a well-established bias. It is most acute when we have special knowledge about a subject – for example, a fund manager discussing the prospects of one of his/her investments.

Fortunately, Munger offers up some advice when dealing with this problem. He encourages us to recognise our limits and consider the impact of the ego where we have special knowledge on a subject. I’ll leave the last word to Charlie on this bias:

“It is remarkable how much long-term advantage people like us have gotten by trying to be consistently not stupid, instead of trying to be very intelligent. There must be some wisdom in the folk saying: ‘It’s the strong swimmers who drown’.” – Charles Munger

“Our costs were one million over budget, but I told them we were three million over. They were thrilled when I later told them it was only one million. I always set low targets to exceed expectations.” – CEO of Transcorp

Anchoring describes the tendency for an individual to rely too heavily on one piece of information when making decisions. In the example above, the board is satisfied despite costs exceeding their original budget, merely because their expectation was previously altered by the CEO.

With respect to investing, anchoring bias may lead us to believe that a company trading at $50 is cheap because it has previously traded at $100. To guard against the effects of anchoring bias, Munger advises us to be aware of reality and to try and not let this bias impact our decision making.

“When people are free to do as they please, they usually imitate each other.” – Eric Hoffer

Social proof is the phenomenon where people assume the behaviour of other members within a group to determine the most appropriate behaviour. It seems we easily defer our personal judgement to align with the crowd we find ourselves in. This was noted by the French social psychologist, Gustave Le Bon, who revealed how easily we are seduced by our need for social acceptance.

Groups do not encourage a difference of opinions. Nowhere is this statement more accurate than the financial markets. The social pressure of conformity drives a larger group to mimic the actions of others. Throughout history, there is evidence of this bias occurring. For example, the dotcom boom or the latest boom in cryptocurrencies. Munger has simple advice for us, disregard what others are doing and think for yourself. Always remember the advice of Benjamin Graham:

“Have the courage of your knowledge and experience. If you have formed a conclusion from the facts and if you know your judgement is sound, act on it – even though others may hesitate or differ.” – Ben Graham

I hope you enjoyed this review. I look forward to posting my top investment book of all time in the coming days.

Disclaimer
The information provided in this document is of a general nature only, is not personal investment advice and has been prepared without taking into account your investment objectives, financial situation or particular needs (including financial and taxation issues). Investors should read and consider the investment in full and seek advice from their financial adviser or other professional adviser before deciding to invest.

Margin of Safety by Seth Klarman

The Education of a Value Investor by Guy Spier