This is books ranks number 10 in my top 10 investing books of all time. I hope this and my other reviews provide you with some new perspectives that improve your investing. This book is a must read for any keen investor. However, don’t let the awkward title turn you off. The author is Joel Greenblatt from Gotham Capital. In my opinion, he is a stock market genius, with a long and successful track record of picking stocks. So, it pays to listen when he speaks (or writes!). Joel covers considerable ground in this book, however, I have only touched on a few key messages in this review. 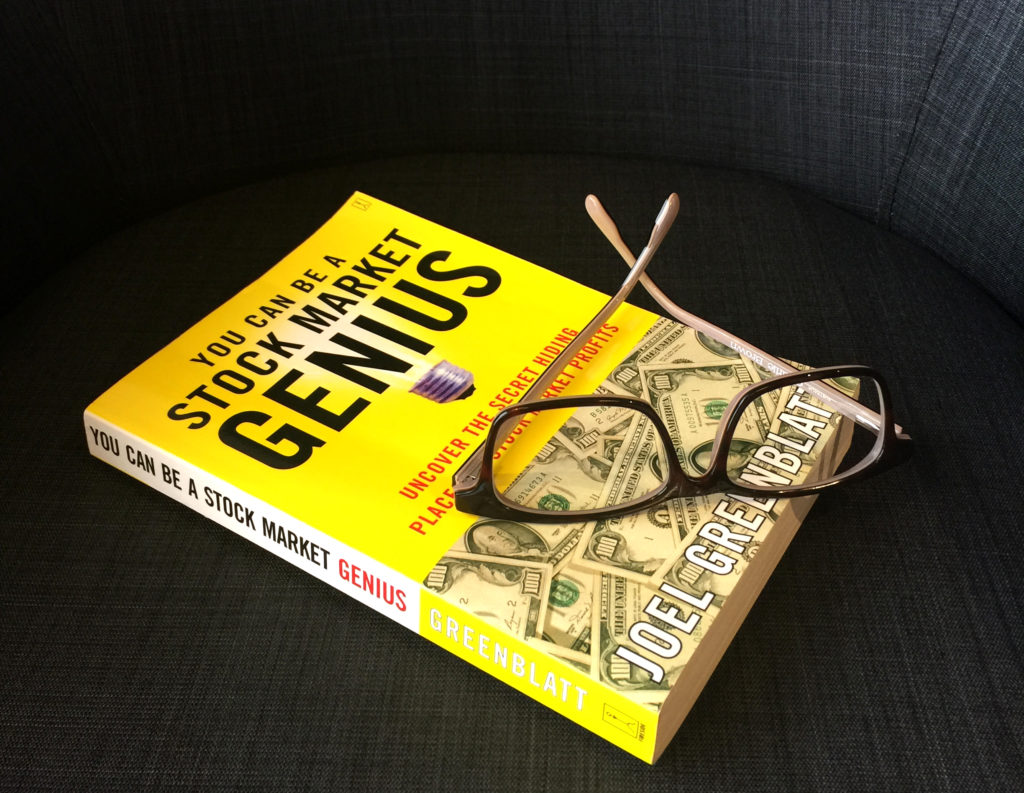 The Power of Concentration

Joel devotes significant attention to the power of concentration. He notes that the long run stock market average return is 10%. He points out that there is a two-in-three chance (67%) of the market return falling between -8% and +28% in any given year i.e. a one in three chance that it falls outside this range. These statistics hold for portfolios containing 50 to 500 stocks.

However, what would happen if you only held eight stocks? How wide would the range of returns be? Significantly worse? The answer may surprise you. If you reduced your portfolio from 50+ stocks to 8, the range of your portfolio outcomes barely changes. You would now have a two out of three chance (67% – the same) that your return portfolio will fall in a range of -10% to +30%.

Holding eight stocks, rather than 50+ stocks only changes the return range slightly, by less than 2% on the upside and downside. Joel concludes that holding all your eggs in the one basket makes sense, so long as you watch the basket!

It is relevant to note that there are a significant number of the world’s best investors who adopt a concentrated approach – Lou Simpson, Warren Buffett, and Seth Klarman, to name a few. Not too many portfolio managers make significant profits for their clients from their thirty-seventh best idea. Concentration is a powerful concept, but you need to know your stocks better than the market!

Risk – Why the accepted wisdom is flawed

The accepted wisdom on risk, and why it is wrong. Finance professors’ idea of risk is measured by Beta. Beta is a measure of a stock’s price volatility relative to the market – I hope I haven’t lost you here! Beta says, the more volatile a stock price is, the riskier it is. So, a stock that has fallen from $30 to $10 is riskier than a stock that has fallen from $12 to $10. However, it could be argued that most of the downside risk has been eliminated by the price drop from $30 to $10.

A stock rise or fall doesn’t tell you anything about its risk. This can only be determined by hard work and a deep understanding of the business’s competitors, industry, and industry outlook. In fact, you could prove the opposite – a stock that has fallen from $30 to $10 is less risky from a practical perspective. However, from an academics’ point of view – it is riskier. A little twisted – you make your own mind up. This brings us to Joel’s next rule – Do Your Own Work

Do Your Own Work

The research recommendations and reports produced by analysts and investment banks are not directly paid for by their clients. They are paid by companies seeking to raise money through underwriting fees and stock placements. They are also paid for by stock commissions that stock brokers charge on trades.

The problem is, there is an overwhelming bias to write favourable research on these businesses – to win work for IPOs and capital raisings. Therefore, it is possible that the research is conflicted. It is therefore important to do your own work on a company and not blindly follow the recommendations of investment banks.

Warren Buffett once said, “Wall Street is the only place that people ride to in a Rolls Royce to get advice from those who take the subway”.

Why Invest in Spinoffs?

My favourite chapter relates to Spinoffs. So, what is a Spinoff? A spinoff is when a corporation takes a subsidiary or division and separates it from the parent. Examples are when Orica spun out Dulux Paints, or more recently when eBay spun out PayPal. The shares in the new spinoff are distributed to existing shareholders, who often sell them quite quickly – forcing the price down.

It is interesting to note that the stock prices of spinoff companies significantly outperform the market average. A study from Penn University covering a 25 year period, found spinoffs outperforming their peers by 10 percent per year. There are good reasons spinoffs do well – primarily related to renewed management focus and less restrictions. Joel points out that spinoffs are a great place to look for new ideas! Incidentally, Dulux Paints has increased nearly 3x since its demerger from Orica in 2010.

Another example of a successful spinoff is PayPal. PayPal separated from its parent eBay in 2015. The company has been transformed since its separation from eBay. Management now has an intense focus on the business and its future. A future that wasn’t as clear or forthright as part of eBay. Since the corporate re-organisation, PayPal has been able to pursue new opportunities that were previously unavailable.

Joel spends time discussing companies with hidden value. This may be an asset or segment within the business that is not being valued by the market. For example, let’s say a segment of a large business is operating at a loss. The losses in this segment serve to reduce the profits of the company.

Applying a multiple to the earnings of the business capitalises those losses in the valuation. For example, a company may be earning $1B including a loss making segment of $200m. The market may value this company on 10x earnings at $10B. However, the true earnings excluding the loss of $200m is $1.2B. Assuming the segment will one day be profitable, the earnings should be at least $1.2B. So, on 10x earnings, the business is valued at $12B, a 20% higher valuation than the current market valuation.

Take Alphabet (previously Google) for example. We know that Alphabet’s other bets (including Waymo, Verily, Calico etc) are running at a loss. We expect these bets to be profitable soon, despite generating losses today. This segment will provide a boost to Alphabet’s future earnings. A good example of hidden value!

Invest in the Swell Global strategy through HUB24

The dirty secrets fund managers don't want you to know