Modern delivery services have improved in the past decade to the point where e-commerce platforms such as Amazon offer same day delivery in some locations. But what if you live in a remote location or needed a something immediately like emergency medicine? And what about the traffic congestion in our major cities and the pollution this is creating. Recent data from the EPA shows 27% of greenhouse gas emissions in the US come from the transport sector alone.

Project Wing’s aim is to develop a new way of transporting goods that is faster cheaper and better for the environment. 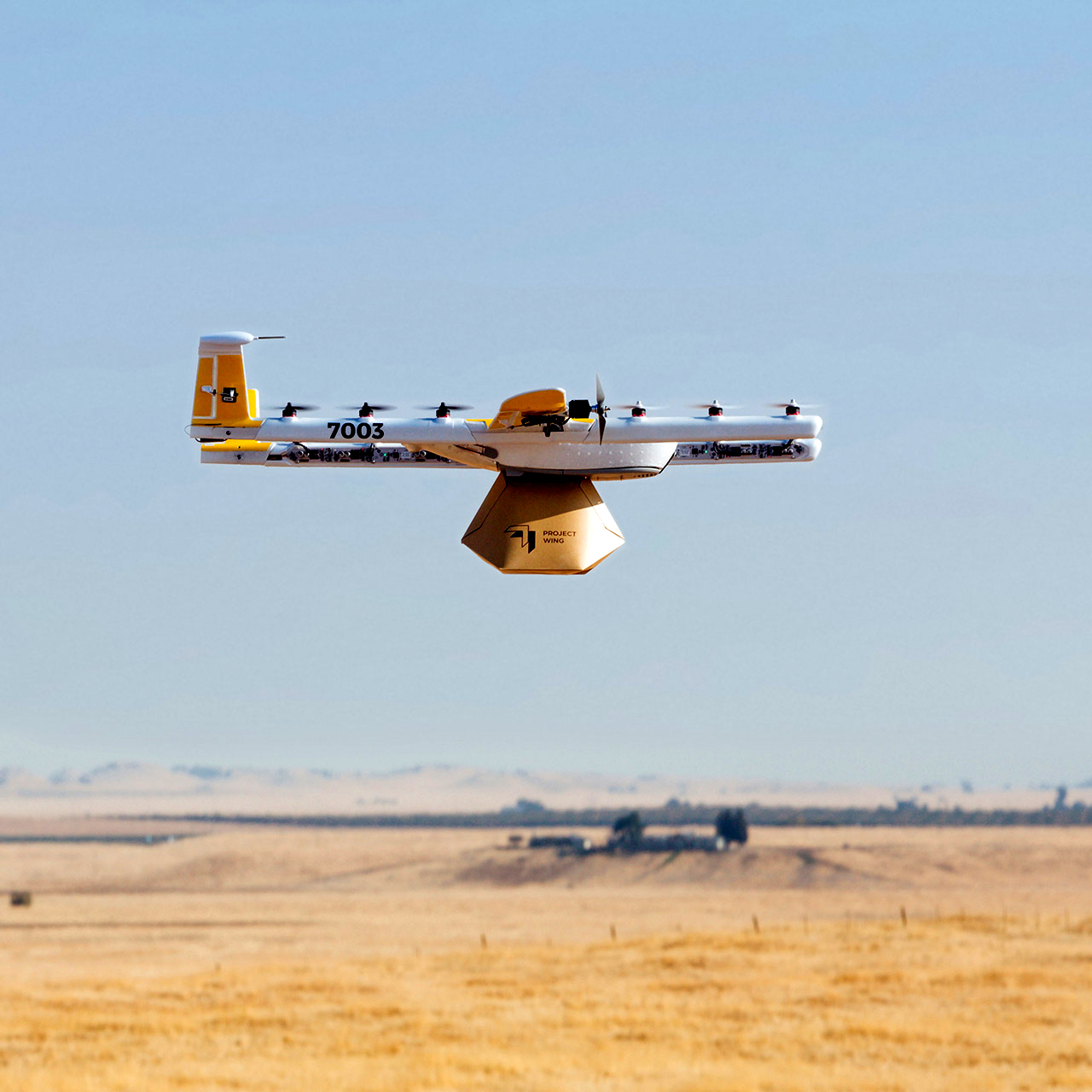 Project wing launched in 2012 with the original objective of delivering defibrillators to heart attack victims. It wasn’t long before the project team realised achieving this objective required solutions to a myriad of smaller problems such as how to integrate with emergency services and how to manage a fleet of unmanned aerial vehicles.

For two years the team tested different prototypes with the goal of delivering small packages safely and accurately. The image below is their first prototype.

The team completed their first real-life deliveries in Queensland in 2014 and in the US in 2016. Testing is ongoing in Australia around Canberra and Queanbeyan where the team are investigating how to determine the fastest and safest route and the safest spot within the grounds of a home to deliver the goods. They are also exploring how the platform might be used to deliver emergency items such as car parts to broken-down vehicles.

In the six years between concept and graduation Wing underwent 9 design changes. The current vehicle design incorporates a dozen vertical lift propellers to enable vertical take-off and landing. Once in the air, two forward facing propellers give the vehicle thrust while the main wing provides lift. The series 7000 shown below is the latest model. 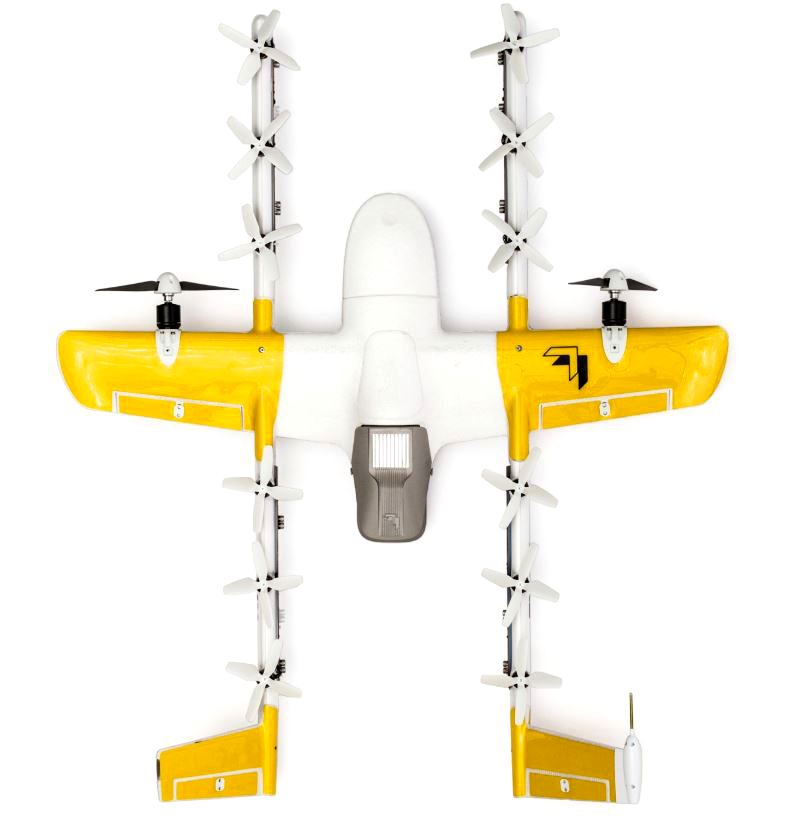 The vehicle can travel at speeds of up to 120 km/h and up to 400 feet above the ground and is all electric so there are no emissions. It uses machine learning algorithms to help it find the fastest, safest route and to manoeuvre around obstacles like trees, buildings and power lines.

Wing is still in testing in Australia, USA and Finland. Their vehicles have made thousands of test flights in these locations and the company hopes to continue iterating on the system to improve the speed, cost and environmental impact of transporting goods.

The Digitisation of Everything - Introduction