A report from the Food and Agriculture Organisation of the United Nations suggests global food production must increase by 70 percent by 2050 compared to 2007 levels to meet the needs of the world’s population. With the diminishing availability of arable land across the globe the productive capacity of major agricultural holdings will need to … Continued

A report from the Food and Agriculture Organisation of the United Nations suggests global food production must increase by 70 percent by 2050 compared to 2007 levels to meet the needs of the world’s population. With the diminishing availability of arable land across the globe the productive capacity of major agricultural holdings will need to be amplified to meet future needs.

Three issues are driving the future of food production processes:

Our technology accelerators are providing the leverage needed to address each of these drivers.

Microsoft’s cloud team estimate that by 2050 a typical farm will generate 4.1 million data points each day. They expect AI and machine learning techniques will analyse the data and feed information back to the farmer to enable the optimisation of growing conditions and resources.

The Ag-Analytics farm management platform uses Microsoft’s Azure cloud to manage its AI and machine learning models which link publicly available data from agencies such as the US Geological Survey and NASA with farm specific data from technology connected farm machinery to provide growers with intelligent data to optimise their farming output. Deere & Co is also a partner.

The rise of herbicide resistant weeds is impacting crop productivity. The map below shows the number of weeds resistant to all herbicides around the world. As resistance grows, the economic viability and sustainability of crop production falters. 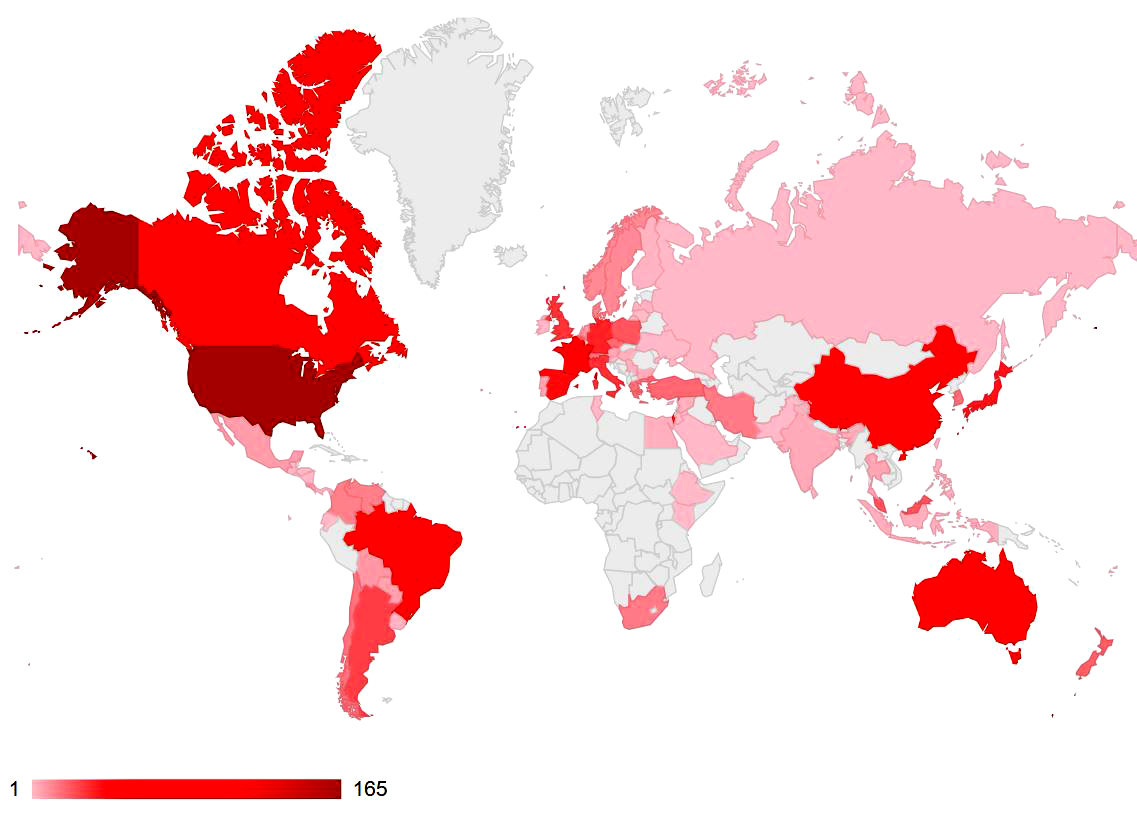 In 2017 Deere & Co acquired Blue River Technology, a Californian company started in 2011 by two Stanford graduates who had a vision to make farming more sustainable through robotics and computer vision. The company’s see and spray technology uses machine learning to target herbicides on individual plants, thereby reducing chemical use and improving yields.

Deere’s Precision Ag technology uses IoT to connect sensors on agricultural machinery with big data and mobile apps to provide immediate feedback to farmers and optimise operations such as planting, irrigation and fertilising crops. Each one of its machines is Bluetooth and Wi-Fi enabled and 5G is expected to provide further enhancements, enabling split second decision making on the go. 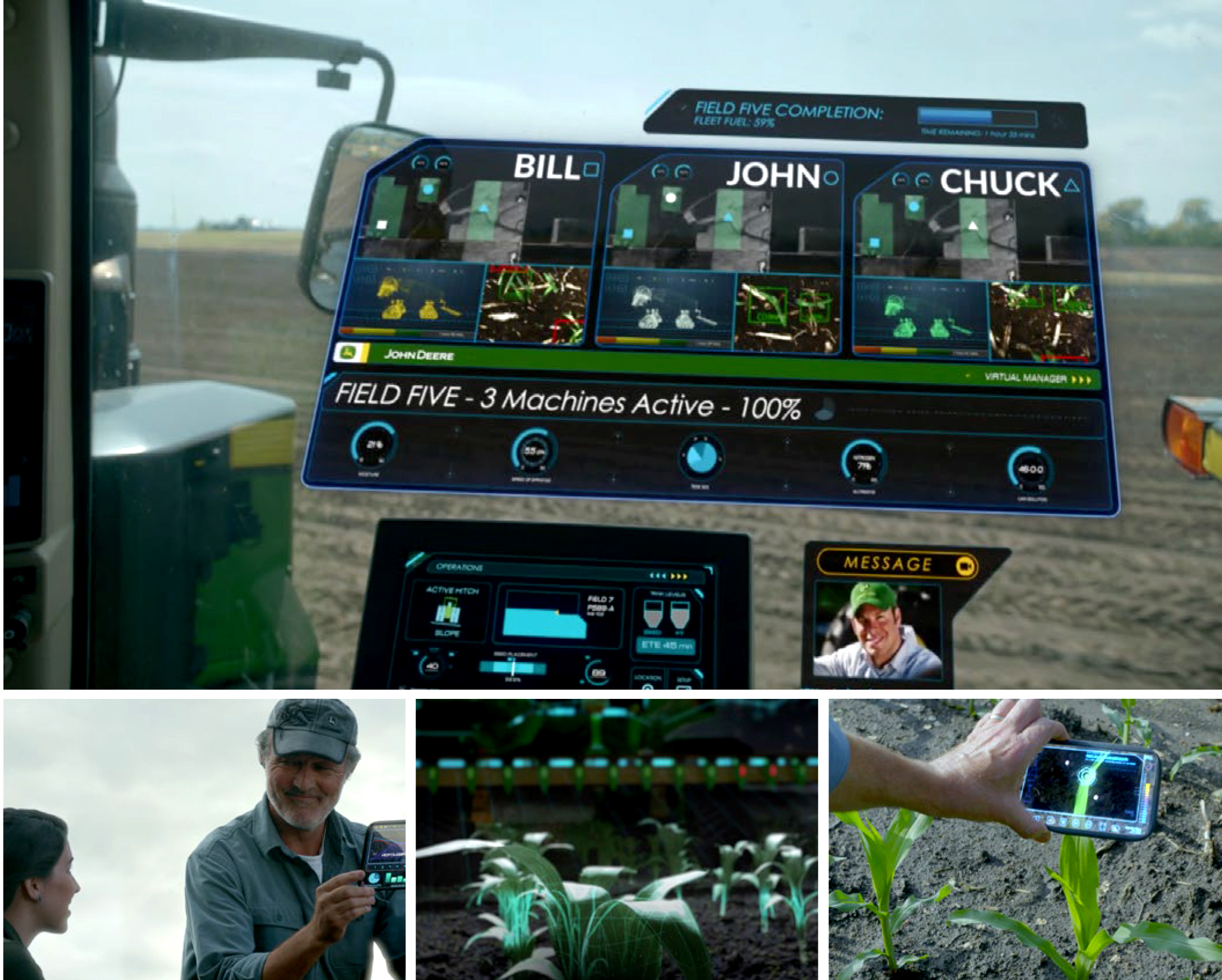 Late in 2019 Deere announced a partnership with drone transportation company Volocopter to build an autonomous crop-dusting drone. The fully electric vehicle has a flight time of up to 30 minutes and being autonomous the drone can potentially deliver its payload in a more accurate and cost-effective manner than the helicopter or aeroplane alternative. While the current goal is to test out the crop-dusting capabilities the companies say there is potential for future applications including sowing seeds. 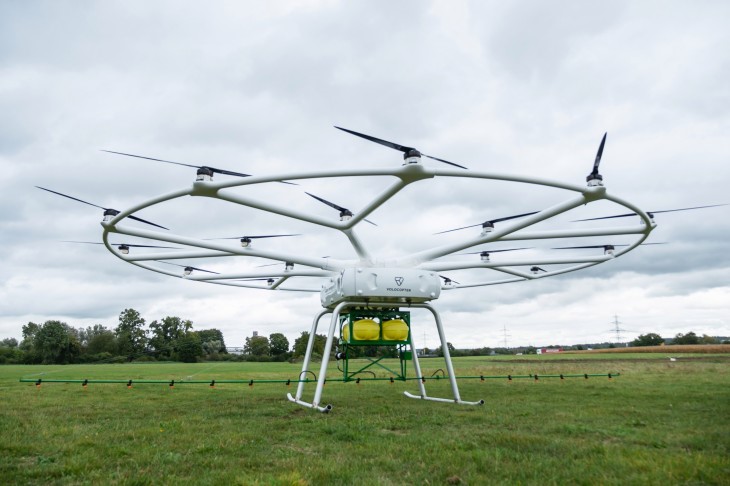