In April last year Travis Scott held a concert on Fortnite. The set lasted around 15 minutes and aired simultaneously to over 12.3 million gamers. The artist re-aired the virtual show another four times to a total of 27.7 million unique viewers nabbing him around US$20 million for his time. This equated to over 5x more per show than his 56-stop world tour in 2018-19 (and presumably for a lot less effort).

The concert was a hit as people tuned in to the platform from their mobile devices, PCs, and consoles to watch the show. It also highlighted a changing of the gaming industry, that has been underway for some time, from a hardware-centric to user-centric model. To date, this shift has been facilitated by the proliferation of mobile devices and internet access which has seen the number of gamers globally rise to more than 3 billion. Looking ahead, the advent of cloud gaming, augmented and virtual reality, and the roll out of 5G will further accelerate this trend. 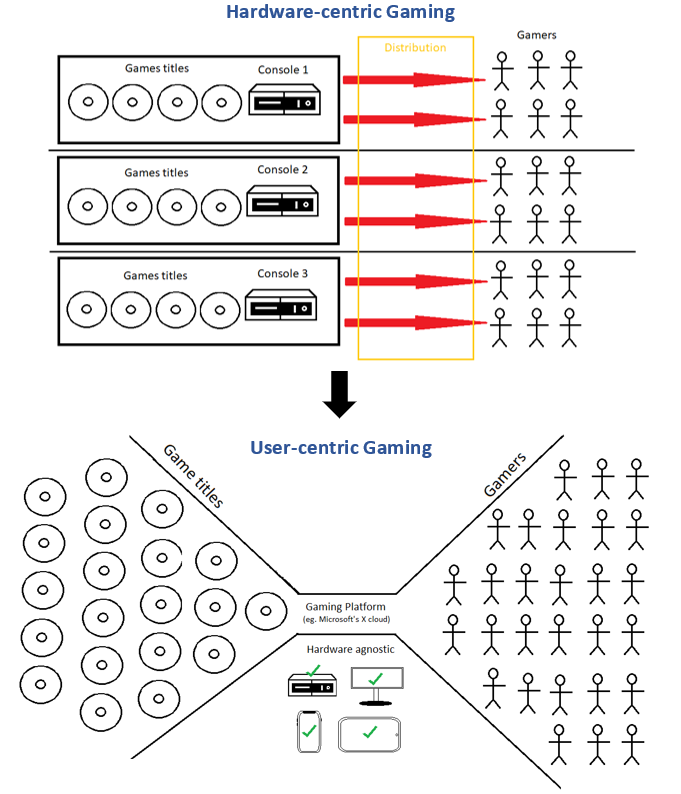 The shift is an example of Ben Thompson’s aggregation theory which is explained in detail here in his 2015 Stratechery article on the topic. Essentially with less emphasis on consoles, value will accrue to the platforms who aggregate the most users as network effects take hold. Game developers will also benefit from cheaper content distribution and access to more users than ever before.

Current industry forecasts have total gaming revenues increasing to US$250-300 billion in 5 years. We believe new revenue streams such as subscription fees, virtual events, and advertising revenues will emerge as a result of the shift that these projections do not fully appreciate.

This trend will have implications for the industry for the next 10+ years and several companies in the Swell Global Portfolio are positioned to participate over that time.

Disney: This is the way

Investors beware the fintech assault on big banks is coming