Frank La Rue, a Special Rapporteur for the United Nations on the Promotion and Protection of the Right to Freedom of Opinion and Expression found that without internet access “which facilitates economic development and the enjoyment of a range of human rights, marginalized groups and developing States remain trapped in a disadvantaged situation.” For billions of people across the globe this remains true but Alphabet’s team at Loon see a brighter future using balloons riding stratospheric air currents to deliver internet services to remote locations. 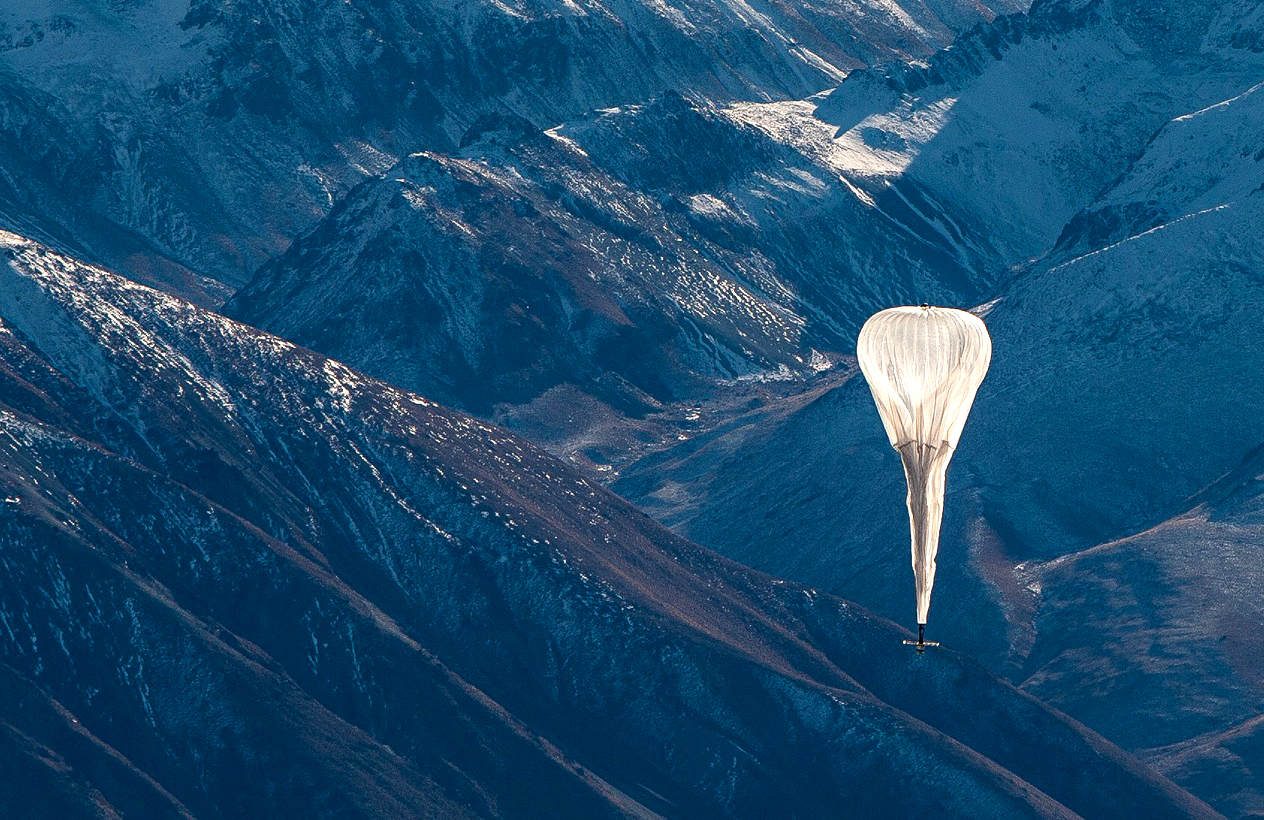 Early tests were conducted with weather balloons and commercial radio parts which rapidly developed into the bespoke tennis court-sized, polyethylene balloons used now. Each one is built to survive for more than 100 days in the stratosphere’s harsh conditions where they can encounter temperatures ranging from -90°C to 60°C.

Loon uses advanced predictive models to create maps of the skies which allow the team to determine the wind speed and direction at each altitude, time, and location. The Loon team developed smart algorithms to help determine the most effective combination of stratospheric paths enabling the balloons to accurately sail the winds over thousands of kilometres to get where they need to go and then manipulate wind paths to remain clustered around those destinations.

A high-speed Internet signal is transmitted up to the nearest balloon from Loon’s telecommunications partner on the ground which is then relayed across the balloon network and sent down to users who can access the Internet with their phones and other LTE-enabled devices.

In 2013 Loon launched 30 balloons in the Canterbury region of New Zealand and sheep farmer Charles Nimmo was the first person in the world to connect to the internet using a Loon balloon through an internet antenna attached to his roof.

In 2015 the Loon team developed a customised launch system that fills, lifts and launches a balloon in under 30 minutes.

The Loon team worked with AT&T and T-Mobile to bring the Internet to more than 200,00 people in Puerto Rico after Hurricane Maria struck in 2017. In the same year Loon worked with Telefonica and the Peruvian Government to deliver internet service to people in flood affected areas across the country. They are currently working with partners around the world to bring the internet to new users.