Each year since 1995 analyst Mary Meeker has published her insightful Internet Trends Report. With this year’s report being a whopping 333 pages, our analysts have sifted through it to extract 10 slides showing the most relevant trends as they relate to the companies in the Swell Global Portfolio.

In 2018 internet penetration reached 51% of the world’s population or roughly 3.8 billion people, as internet growth slowed from 7% to 6%. While new internet users will be increasingly hard to reach there are major areas of under-penetration in Africa and Asia. 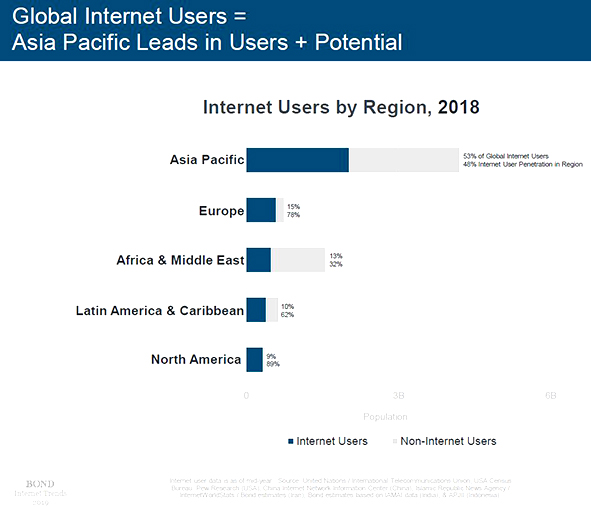 Global smartphone shipments declined in 2018. Market maturation has been a concern in the industry for a while which is why companies such as Apple turned their focus to selling services several years ago. In saturated markets companies with a clear and compelling point of difference such as Apple are well placed to grow market share while those lacking a competitive advantage struggle to compete. 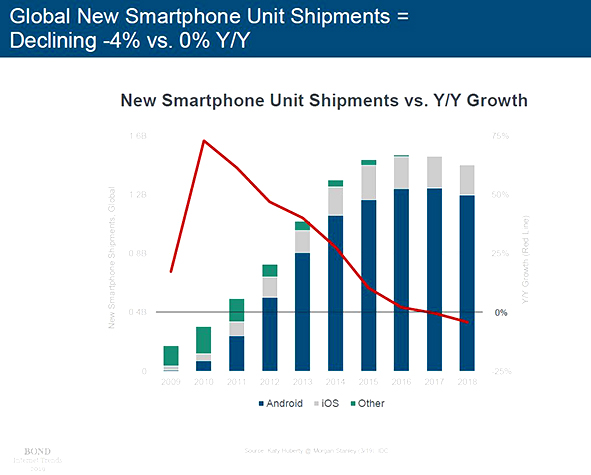 Digital media use increased 7% last year driven largely by mobile. In 10 short years the phone has progressed from occupying 10% of our time online to almost 60%. 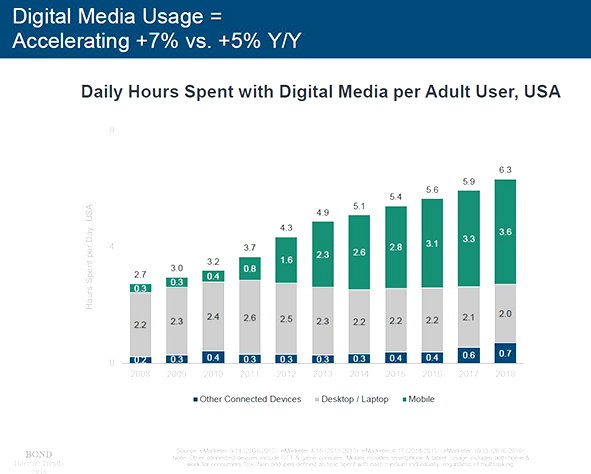 As time spent online continues to grow, internet ad spend has increased significantly and is still growing at more than 20% per year. Several of our portfolio companies including Google, Facebook, Microsoft, Amazon and Apple are benefiting from the trend to digital advertising. 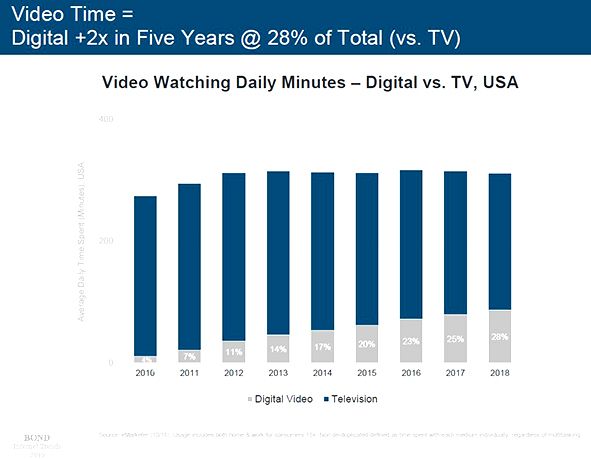 2019 looks set to be the year of the gamer. The number of interactive gamers grew 6% last year up  from 5% in 2017. This acceleration is remarkable as it is growing off a very large base of 2.4 billion gamers. 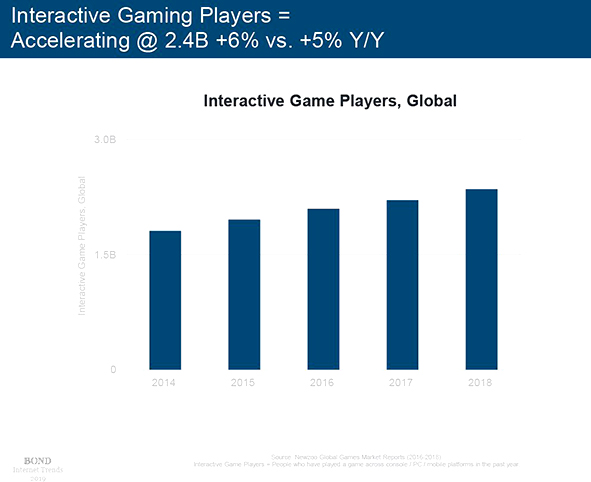 The effect of this acceleration can be seen in the increase in users of  Twitch, a live game streaming service owned by Amazon. It saw unprecedented acceleration of growth in daily streaming hours, active broadcasters and peak daily viewers last year.

With the upcoming launch of several game streaming platforms such as Stadia (Google), Apple Arcade and Xbox Game Pass (Microsoft), further acceleration in growth is all but certain for 2019.

The clouds roll in

The growth of the public cloud providers continues at an unprecedented rate. The industry is dominated by three hyperscale cloud providers – Amazon, Microsoft and Google. Industry wide revenue now sits at close to $14 billion per quarter and is growing at 58% annually. 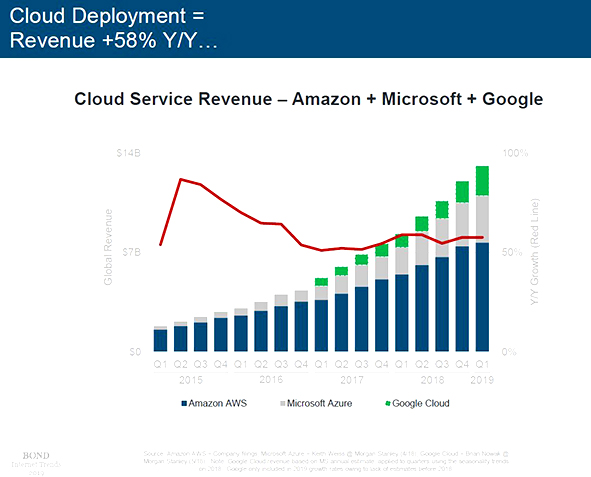 However, despite such rapid growth it’s still early days with only 22% of workloads having shifted to the cloud so far. Over the coming decade we expect this number to increase significantly as more and more businesses recognise the benefits of moving to the cloud.

As the world becomes increasingly digitised data is expected to grow exponentially. This will create significant opportunities for technology companies who can provide the services to not only store but also analyse and drive actionable insights on that data. 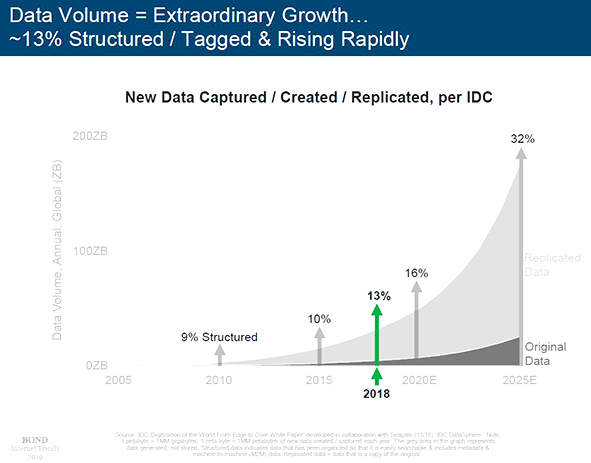